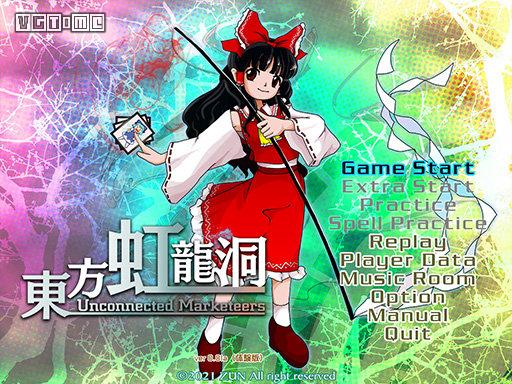 The 18th work of the "Oriental project" series, "Oriental Honglong cave to unconnected markets," was officially announced yesterday. The experience version will be released at the ceremony of Boli shrine on March 21, and the official version is expected to be released in May. Background: Incredible cards are circulating in the market. That card seems to contain a lot of human and monster secrets. Why do you do this? Who did it? How is it done? The witch went out to investigate without any clue. This work is based on the rainbow color. There are four characters available in this work, namely, bolilingmeng, WuYumo Lisha, 16yeyiye and dongfenggu Zaomiao. In the game, they can obtain part of the ability of various roles and challenge the change. This work includes the props system that can be equipped with the selected abilities. Players can also purchase new abilities on the way. Source: Jun